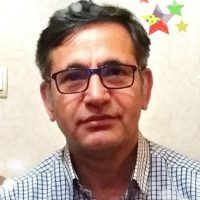 .Yadolla Saeednia, is a well-known Iranian educator, examiner,  researcher,  private educationist, and entrepreneur. He is an advocate of lifelong learning.

He started his career in 1981. Since then he has been involved in the founding and running of several private institutions of various levels in Tehran.

He started with 8 years on teaching various subjects in private and public schools in Tehran, Iran. He moved on to be a counselor for students and end up his first 12 years of career with promoting to be principal in Mofid, a popular private school in Tehran.

He changed his role to be a an entrepreneur when established his own school on. Rafe; the school was  expanded rapidly to cover k-12 in 1994. This not- for- profit school had been a well known one during its one decade of function. The school was closed due to financial issues in 2006.

He contributes in establishing another none for profit organisation in 2007. Madresehfarda; the institute, serves best education for rural area students. Moreover, he involves in first Iranian Open School- Raha Learning House – in Iran in 2009.